“You’re what the French call les incompétents” is one of many memorable lines from the festive classic Home Alone; levelled at Kevin McCallister by his older sister Linnie, before the family accidentally leave him to fend for himself while they head to Paris for Christmas.

However, when you look at the actions of the self-proclaimed “man of the house” through the lens of process safety, he was anything but inept. After all, how many eight-year-olds do you know that would be able to fend off the attempts of dastardly duo, Harry and Marv – aka the Wet Bandits – as effectively as he did?

There are several parallels that can be drawn between Kevin’s actions in the movie, the three main principles of hazard management (prevention, control and mitigation), and common approaches to risk reduction, specifically the hierarchy of controls (see Figure 1: Hierarchy of controls). 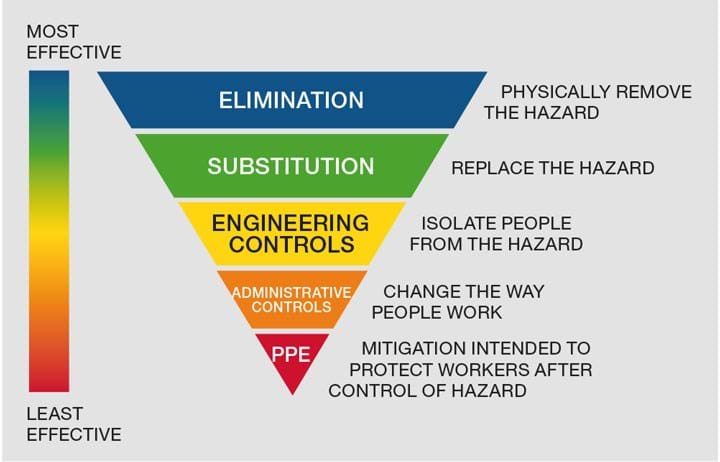 The first of the three main principles, prevention, can be achieved by the adoption of inherent safety principles, the objective being to avoid or eliminate hazards, or to reduce their magnitude, severity, or the likelihood of occurrence. Control and mitigation measures, meanwhile, are the steps taken to keep the hazard within its design envelope or to deal with a hazard once an accident has occurred, respectively. These measures are more visible and can be the focus of most risk assessments, with little or no attention paid to prevention.

On that basis, if we compare Kevin’s predicament with real-life process safety, there are undoubtedly aspects on which he should be commended.

Ahead of the Wet Bandits’ anticipated arrival, he implements his battle plan: a series of well-thought-out control and mitigation measures designed to defend his home – from using an electric BBQ starter to create a searing hot doorknob, to scattering toy cars at the foot of the stairs (see Table 1: Home Alone Control and Mitigation Measures). 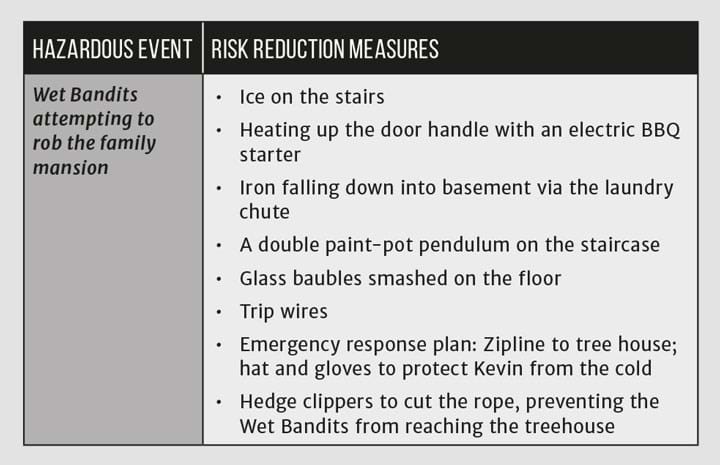 However, echoing the sentiment behind Trevor Kletz’s 1978 article, What You Don’t Have Can’t Leak, we should also ask ourselves if more could have been done by the youngster. Kletz’s overarching point was that, while it’s great to spend time on measures intended to control hazards, what happens if we spend the same amount of resource and rigour looking at ways to eliminate a hazard entirely?

Today, the hierarchy of controls provides a common structure to the implementation of risk reduction measures, with Kevin clearly implementing over a dozen engineering and administrative controls, as well as giving some thought to PPE too. However, as with many risk assessments, he did not spend enough time thinking about elimination and substitution (see Table 2: Kevin’s measures as related to hierarchy of controls). 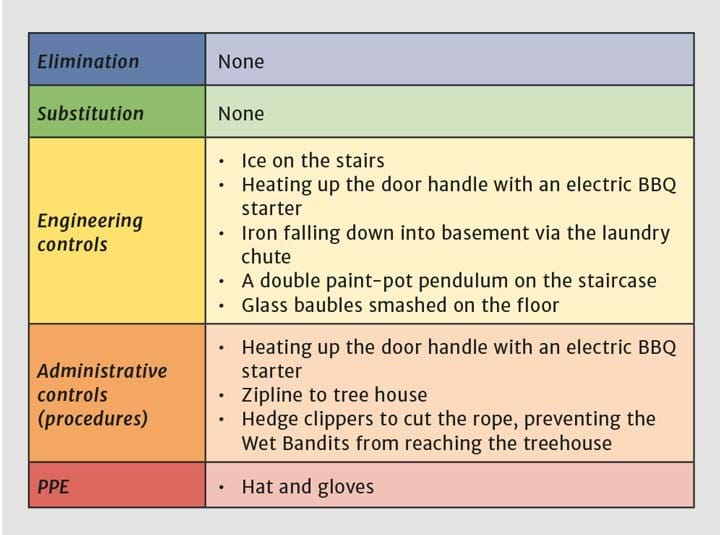 Table 2: Kevin’s measures as related to hierarchy of controls

Correct application of the hierarchy of controls requires them to be considered in order, each with decreasing effectiveness, and therefore impact, on reducing risk – first employing inherent safety principles to eliminate, minimise, substitute, or simplify the hazard and only thereafter considering engineering or administrative steps to control it, and finally personal protective equipment (PPE). Following this hierarchy will lead to the implementation of inherently safer systems.

That said, the further down the hierarchy you go, the less effective the steps become. So, while engineering controls are effective to a large extent, and do not depend on human intervention, administrative controls are less so because they are dependent on a person or persons taking action, with human factors having the potential to lessen the effectiveness of these controls.

I won’t give away all of Kevin’s measures, but if we group his booby traps against the hierarchy of controls we can see a strong bias toward engineering and administrative controls – with no consideration to eliminating the risk entirely, or substituting it with something less hazardous.

Although able to thwart the efforts of the Wet Bandits to some degree, given that Kevin eventually gets caught – and (spoiler alert, if for some reason you’ve not seen the film) credit to his neighbour for getting him out of a bit of a fix – Kevin’s lack of consideration for the first two steps was a missed opportunity; one that brings us back to the question of whether there was more that he could have done to reduce risk. This is a question that we face in every risk assessment, and is not always easy to answer.

After all, control and mitigation tend to be more visible. You can see detectors, you can drill emergency response plans and, because you can see these things; often, they feel like they have more of an impact. Preventative measures are less visible, more difficult to implement and may require more creative thinking. Further, it can be increasingly difficult to put such measures in place as a design matures or as a plant or facility becomes operational.

However, we must have more of a bias towards prevention. We need to follow the hierarchy of controls and make every effort to conduct risk assessments early – particularly in the design phase when everything’s still on paper and we have a greater opportunity to make changes that could positively impact on safety, or eliminate a hazard entirely.

So, could Kevin have done more to reduce risk? Had he focussed on prevention then he would have realised that by simply calling the police, he would have eliminated the threat entirely. The scriptwriters found inherent safety less entertaining. And for that we should be thankful. Or we never would have seen the hilarious look on Joe Pesci’s face as his hat caught fire!

But what about your own safety measures? Well, to borrow Kevin’s lip-synced challenge: consider making a change, ya filthy animal!

This article was originally published in the Chemical Engineer https://www.thechemicalengineer.com/features/the-greatest-teacher-accidents-are

Back to all Articles